The Independent Director: The non-executive director’s guide to effective

The Independent Director: The non-executive director’s guide to effective 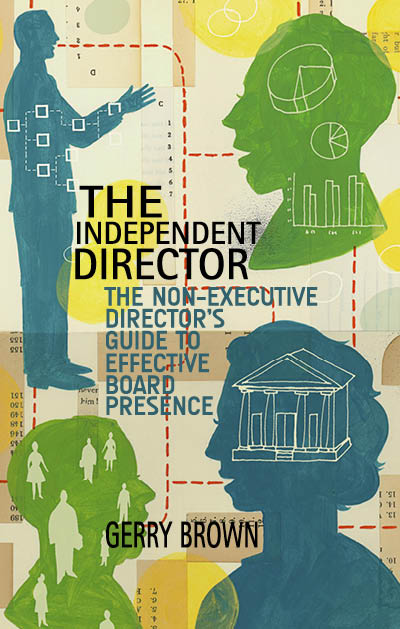 Gerry Brown’s The Independent Director: The NED’s Guide to Effective Board Presence is a curious book. Its purpose is “to explain what independent directors do, how they do it, and why” because, he notes, “most independent directors are ill-prepared, few are trained, many don’t understand the basics.” At a time when corporate leadership and board effectiveness is under intense scrutiny, many would agree with that sentiment. His focus is less about governance and the legal issues (he leaves that to others) faced by independent directors and more about how they can use their own skills and attributes to help move companies forward.

Brown uses his own extensive personal experience as an independent director to explore a range of challenges that might be faced. He provides eleven case studies, each of which has three parts; company profile, a discussion of the key boardroom issues he encountered, and the lessons learned. This undoubtedly establishes Brown’s credibility, but they also provide the basis of eight themes an independent director should be aware of; the role of Boards, company ownership, strategy, globalisation, risk, external advisors, executive team, and building a portfolio career. Therefore, this is very much a guide, a training manual of sorts, a useful indicator of what aspiring NEDs should expect and how to prepare for the challenges of Board membership and participation. It is all the more credible because it’s been written by a practitioner who, clearly, has been a successful NED.

Brown complements his insights and teaching with a useful amount of tables and models that any executive or NED could readily deploy in their own work. This book will undoubtedly go on to become required reading on business schools’ curricula.

The greater value in this book is in Brown’s description of how NEDs can be effective. He states that “many organisational issues are in fact matters of behaviour.” Expertise is important but less so than the ability to be influential with it. He also recognises the importance of NEDs having the willingness to accept accountability. As he says, “A good independent director needs constantly to have a degree of curiosity and a degree of courage. They are outsiders looking in…”. To that end, NEDs should be champions of diversity of thought, not conformity.

So why describe this book as curious? Because for all its insights, wisdom and practicality, the book avoids speaking out more than it does. For example, in talking about Remcos, Brown says that “… executives should be rewarded for their achievements, but shareholders also need to be treated fairly as it is in effect their money which is being paid out to executives.” Perhaps, but what about the perceived fairness of executive pay among employees or among society in general? Employees rarely get acknowledged in Brown’s book, which I found surprising, no doubt due to my own belief that NEDs responsibilities include more than just representing shareholders. That said, it’s Brown’s own thoughts on the business of challenging, questioning and disagreeing – all part and parcel of dealing with the tensions present or potentially present in most business and board relationships – that invite response and as such are the most insightful.