International
How will UK workers salary increases compare globally in 2020

>  UK professionals are expected to receive a 1.1 percent real salary increase in 2020, equating to approximately £334.62pa on average

>  India retains top spot in the global chart for real salary increases, with a 5.4 percent rise

>  Ukraine tops the chart for the highest real salary increase forecasted in Europe (4.1 percent) and among the highest in the world (joint 5th)

>  Due to a higher inflation forecast, employees in the United States are predicted to receive a real terms salary increase of just 0.7 percent, 0.4 percent less than the UK

“The real salary rises we saw in 2015 were notably large due to the very low level of inflation at the time but in 2016 the EU referendum results led to higher inflation and squeezed budgets, with things only now levelling back out to a more normal level. However, when looking more long-term, things are considerably more positive for workers in the UK compared to ten years ago when the financial crisis and global recession resulted in a decrease to real salaries in 2010 and 2011.”

A significant factor on the forecast figures though, could be the uncertainty around Brexit, as well as the upcoming UK general election. “It is still unclear what impact Brexit could have on inflation and salaries in the UK. Leaving the EU could have far-reaching implications on wage and price rises in the UK and the forecast figures could change significantly depending on what happens between now and the final withdrawal date. Another factor creating a heightened level of uncertainty is the upcoming general election and the many different possible outcomes which could all have an effect on inflation and salary increases.”

After employees in Ukraine experienced a 1.7 percent increase after inflation to their salaries in 2019, the improved inflation forecast in the country means that workers look set to receive a real salary increase of 4.1 percent – the highest in Europe next year. This follows a year of salary contraction in 2018 where real wages shrank by 0.9 percent and would see a total real salary increase of 5.9 percent in just two years. Ukraine is also the only European country to be in the top 10 for highest real salary increases in the world next year, and the only nation outside of the Asia-Pacific region.

“After several tough years with salary rises lower than inflation – in 2015 they were 40.5% lower –  Ukrainian employees may finally see some light at the end of the tunnel with the joint 5th highest real increases globally in 2020.. In 2020, workers in Ukraine are expected to receive a nominal increase of 10.0%, but with inflation expected to drop dramatically to 5.9%, this will result in an average real salary of 4.1% – the highest in Europe.”

India tops the rankings for 2020, where employees are forecast to receive a 5.4 percent real salary increase, nearly five times the real forecasted salary increase percentage for employees in the UK.

“Once again, the vast majority of the highest real salary increases in the world are predicted to be seen in Asia. The average salary increase in the APAC region after inflation is forecast to be 3.2%, significantly higher than the global average of 1.4% and nearly three times the European average of 1.1%. This is a trend that we have seen for many years now due to low inflation and rising productivity in many Asian economies, resulting in salaries growing rapidly compared to other regions.”

“The nominal salary increase for Argentina has stayed at a whopping 29%, the same as last year, but with inflation significantly higher at an alarming 51%, this means there will be another significant decrease in real salaries for workers in Argentina. Although President Macri and his government have now been replaced by their populist rivals in a recent election, the outlook for Argentina does not look promising and it is likely that the economic situation will get worse before it gets better.”

High inflation continues to affect African pay packets, uncertainty in Middle East continues. Despite inflation forecasted to increase 10 percent in 2020, employers in Egypt are expected to offer employees a real salary increase of 2.8 percent. This follows a year in which wages shrunk 0.7 percent in 2019.

Meanwhile, in the Middle East, Saudi Arabia saw the biggest real increase in salaries in 2019 but is expected to plummet in the rankings in 2020. Real salary increases are forecast to reach 2.4% on average, a long way short of the 5.8% increase that was seen in 2019.

“Inflation has risen significantly throughout the Middle East as the stable commodity prices boost domestic demand. This has seen Saudi Arabia, UAE and Qatar all drop out of the global top ten as rising inflation cuts into the real salaries of workers in the region.” 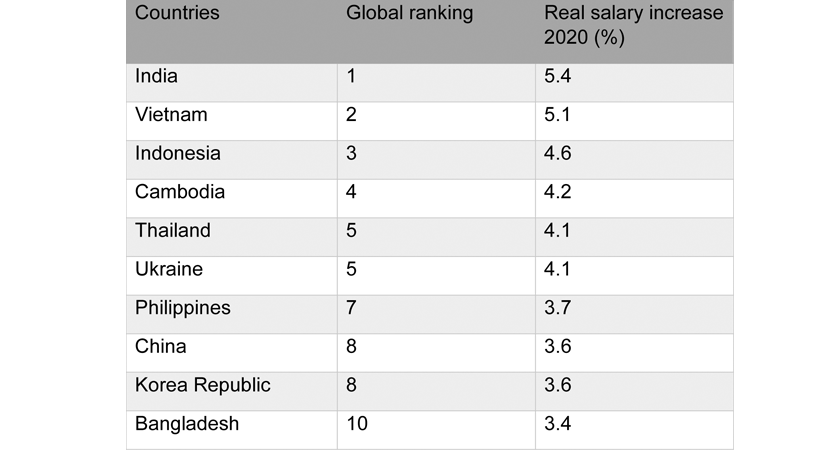 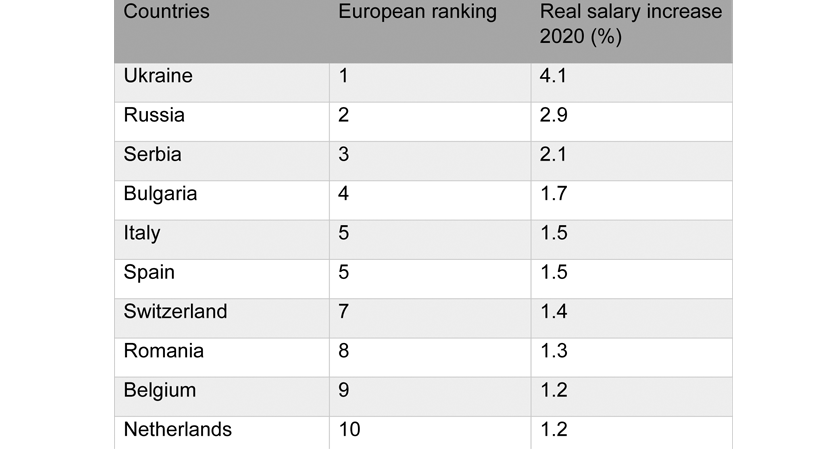 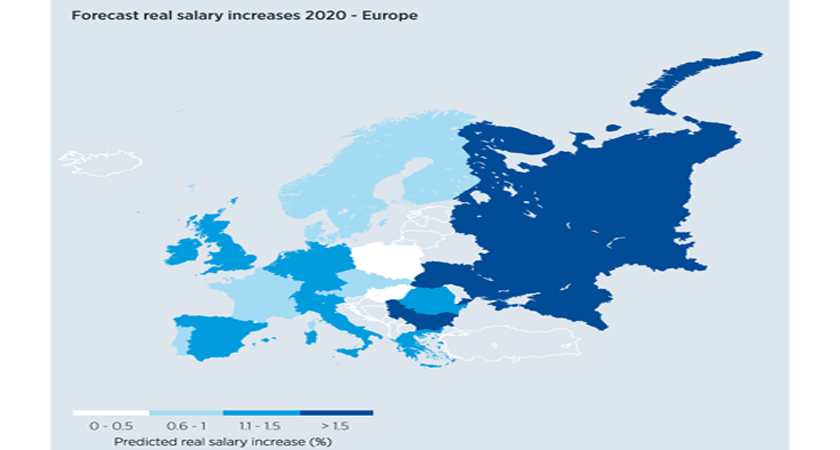 How to overcome the challenges of buying global benefits ARTICLE BY: Viola Lloyd | Published: 8 August 2018

Could the future of productivity be “hyper-personalisation”?

enei positions itself for growth with new exec appointments

How Covid transformed learning in 2020

What if an employee refuses to have a vaccine?

Mental health must be a continuous WIP