Cultural Change is in Every Change 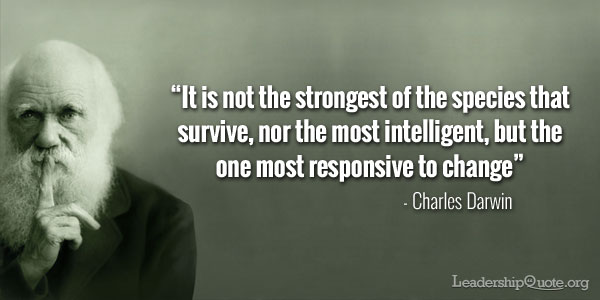 I’ve always loved Darwin’s quote as I believe it is so true for organisations as a whole. The one’s that thrive are most adaptable, and actually in the world we live in today it is not just about being responsive to change… it’s about being the change. Organisations that challenge the status quo, that continue evolving; innovating are the ones that are thriving at the moment.

The deeper you look into change, the more you notice that all change comes back to a core aspect: the culture of an organisation. This tends to change or mould for things to happen, even if it is sometimes just a tweak.

However, I also believe changes that are less successful tend to have ignored the cultural aspect of the change and by not going deep enough have just pretty much painted on top of the old same thing, so not really gotten the result they were after.

Schein’s (1985) definition is one I commonly use “a pattern of shared basic assumptions that the group learned as it solved its problems of external adaptation and internal integration that has worked well enough to be considered valid and, therefore, to be taught to new members as the correct way to perceive, think, and feel in relation to those problems”.

Within these basic assumptions we have things like values, underlying beliefs and the more tangible stuff too. It becomes the “how we do things at X or Y organisation”. Cultural change is a deep process that takes time to actually develop, because at the end even a tweak is changing the very fibre of the organisation. 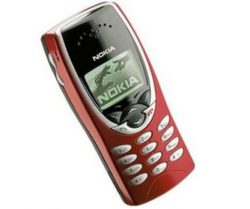 For example, let’s think back to Nokia. It headed the mobile movement, but it got comfortable, it was doing OK but there was no real shift or innovation coming out, so it fell behind the tech race and is now trying to come back to the game. From a bit of research it seems Nokia did have a re-think around their values around the year 2002 (Lewis et als, 2008), and I can almost bet it also had to do this once Steve Jobs came into the picture (BBC, 2013). It is actually quite interesting to see that “Challenge” and “Renewal” now play an important part of the company’s values.  (www.nokia.com)

The changes in values take time, as you cannot make people change… however, you can have a dialogue around what is important. Co-creating values is a great gateway to start the process of a cultural shift. This is because everyone is involved in the process, therefore values that are already there will be mentioned, and others that are less helpful will be challenged, questions can be raised, and discussion can be had to develop further. It is a collective conscious working on these, rather than just one sole individual which makes it easier to then integrate into business.

Thinking IT change? Yes, this is also a cultural change. Try introducing a new CRM system into an organisation. It changes the way we do things, doesn’t it? If you don’t want people duplicating the process, then it is a cultural shift.

Relocation? Yes, that too is cultural. Imagine a world where people were used to working in their own offices moving into open plan. Space is a status symbol for many organisation, so taking this away you bet will challenge their underlying beliefs about their worth to the organisation.

Changing anything within your organisation, see what level of culture is it affecting; is it mere behaviour or is it something deeper? Don’t be afraid to go there… as a famous saying says, “nothing good happens in our comfort zone”.

Bibliography for this blog:

Contract labour on the rise and employers are feeling the pinch

How to manage drug and alcohol misuse at work

How to counter cyberbullying in the workplace

How mixed reality is offsetting the labour shortage