Amp It Up: Leading for Hypergrowth by Raising Expectations, Increasing Urgency, and Elevating Intensity

Amp It Up: Leading for Hypergrowth by Raising Expectations, Increasing Urgency, and Elevating Intensity 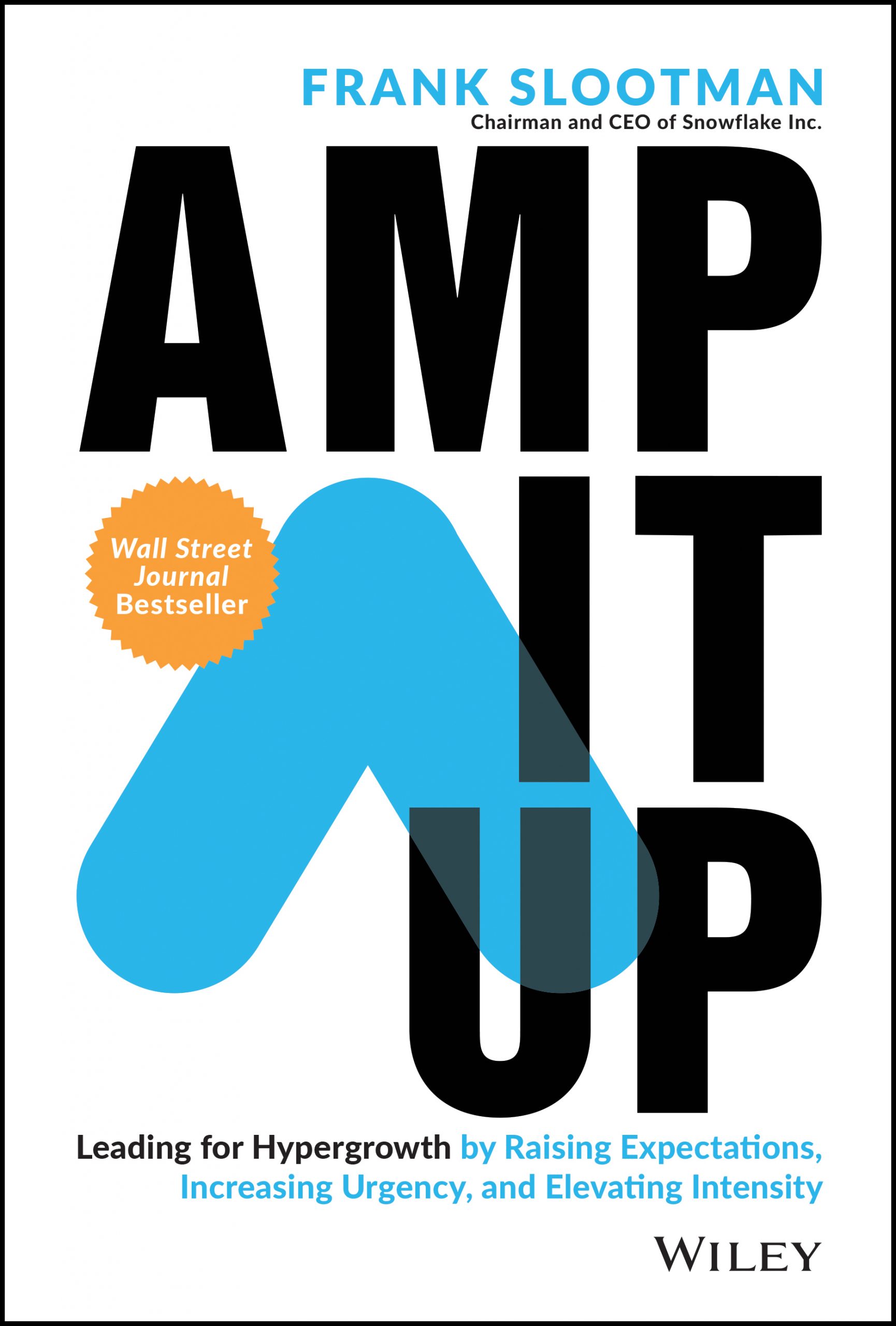 Raise your standards, pick up the pace, sharpen your focus and align your people.

For Frank Slootman, writing this book was to summarize his convictions, observations, and beliefs about how to lead a mission-driven, high-performance company. Without focused leadership, millions of conflicting priorities compete with each other. Then the best people in the organization get frustrated and start to leave as talent and energy go untapped and dormant.

Does that sound familiar, have you worked in companies or led companies where the best people keep on leaving, especially in today’s mindset in workplaces. Slootman’s goal about this book is not merely to provide tactical advice but also context and ways of thinking about situations.

So how can you successfully lead an organization to be not only be successful on the outside but also on the inside through its people. One source of misalignment described by Slootman is management by objectives (MBO), which he explains that he has eliminated at every company he’s joined in the last 20 years.  In his explanation, MBO causes employees to act as if they are running their own show, they get compensated on their personal metrics, it’s next to impossible to pull them off projects. That’s not alignment, that’s every man for himself.

I worked in several organization where the thought was that to be successful you need to let the employee/manager decide what the company needs to do but this vagueness only causes confusion, to truly lead you need to provide clarity of thought and purpose to make it a huge advantage in business. Good leadership requires a never-ending process of boiling things down to their essentials. A true leader as per Slootman will spell out what you mean, if priorities are not clearly understood at the top, how distorted will they be down the line.

Slootman really drives it home when he explains why you keep your hiring strategies including recruitment internally. Your managers know their business not a third party, and therefore you should spend more time training your managers to hire stronger candidates giving new hires a proven, consistent path to productivity, rather than dropping them into the deep end of the pool to sink or swim. You should really hire people ahead of their own curve. Hire more for aptitude than experience or education and give people the career opportunity of a lifetime. You will see them striving.

Ok, so then what? You look at the company and how it defines itself. For example, the more defined and intense the mission, the easier it will be for everyone to focus on it. Once you have your mission in place, how do you get everyone to embrace it and make it real. The four keys to a true mission and its success are: applying focus, urgency, execution and strategy.

Slootman believes leaders have to channel the organization’s state of mind. They make sure everybody is dialed in, talking about the same things, and feeling the same sense of discomfort and anticipation. If you don’t know how to execute, every strategy will fail, even the most promising ones. No strategy is better than its execution. In many companies I have worked in, lack of communication was always the key drawback to a successful project and now I see why that was, it was always based on a need to know and only those involved knew what was going on. How could you have an entire organization know success if only specific departments were aware of the direction that was being taken.

The bottom line is that great execution can make a moderately successful strategy go a long way, but poor execution will fail event he most brilliant strategy. That’s why, in an amped up company, execution is king.

Slootman describes that a strong culture can greatly help organizations and become an enduring source of competitive advantage, but a weak culture can easily destroy organizations from within. Culture is not about making people feel good per se, it’s about enabling the mission with the behaviors and values that serve that purpose.

Culture has to have a set of values to live by.

Slootman in his role as the CEO codified the desired values in an acronym to make them easier to communicate and remember:

For positive culture to be present, you want the organization to run on influence not rank and title. We have a saying we often repeat: Go direct, if you have a problem that cuts across departments, figure out who in those other departments can most directly help you address the issue and reach out without hesitation.

Slootman’s favorite framing is Patrick Lencioni’s book, the five dysfunctions of a team. While there is a lot to this framework worthy of further consideration the basis is trust without trust all the other dysfunctions of a team, such as fear of conflict, lack of commitment, and avoidance of accountability – become difficult to address.

What are the key takeaways based on Slootman’s success:

Slootman’s key message is: Anticipating how markets – your position in them – will evolve is absolutely essential. Nothing stays the same even when you do nothing. Taking comfort in a favorable status quo may prevent you from ever moving significantly forward. When external circumstances change, companies that run out of potential new markets to grow into are often forced into acquisitions or other desperate measures. As you confront similar situations, remember that the sooner you lay the groundwork for expanding into new markets, the easier all these challenges will be.

Slootman really grabs your attention at the end of his book by describing who you are and some very insightful career moves to ensure your success for the future. The last part of his book will give you insights into dealing with founders and boards.

Very well presented and detailed look into what has made not only himself successful but the companies that he has led with some very insightful and descriptive ideas for anyone out there that wants the success he has had.