Disclaimer: Tax law is a complex subject and you should not rely on this article without professional advice on the facts of your case.

As has been widely publicised since the 2009 budget, a new ‘additional rate’ of income tax of 50 percent for earned income and 42.5 percent for dividends will apply to income over £150,000 per annum. A further blow to high earners was the restriction of the personal allowance for those earning over £100,000. This will operate by reducing the personal allowance by £1 for every £2 earned over £100,000. On current figures, this means that those individuals earning at least £112,950 a year will have no personal allowance at all from the start of the next tax year. Individuals whose earnings fall within this bracket will want to know exactly the effect that these changes will have and whether anything can be done to improve their position.
The authors’ view is that this income tax increase is ill considered and will result in significant numbers of high earners leaving the UK with Switzerland and Monaco favourite destinations. We have carried out a simple computation to show that the savings in France, usually thought of as a high taxing country, are also significant and in the case of business people spending significant time on business outside France, you can be given clearance to pay no income tax at all in France under recent changes in the French tax code.

The difference in UK Income Tax
In order to look at the effect of these changes we will use the example of an individual earning a salary of £350,000 per year. In the 2009/10 tax year, this individual will be taxed in the UK as follows:

From a pure income tax perspective this means over a 17 percent increase in the amount this individual will be paying to the Revenue each year. This does not take into account the increases in national insurance contributions as well as the restriction on tax relief for pension scheme contributions made by those earning over £150,000 which will of course have further negative impact.

What can be done? It is expected that individuals earning above the £150,000 threshold will look to move away from the UK in order to mitigate their tax liability. The new additional rate of 50 percent may be the last straw for high net worth individuals who have already been directly targeted by the changes to non-domicile taxation and the abolition of taper relief for capital gains tax purposes.

However, some people will be keen to retain their UK based jobs and may be required to spend a number of days in the UK to carry out certain duties. Becoming non-UK resident may be difficult whilst retaining a working life in the UK particularly when contemplating a move to any country which is considered a tax haven, such as Monaco, which does not have the protection of a double tax treaty with the UK. To lose your UK residency status you would initially need to convince HMRC that you had left the UK for good.

From a practical perspective, this is harder to prove when moving to a country generally considered a tax haven as the Revenue is far less likely to accept you are moving your life away from the UK. If a non-residency status can be established, you would then need to conform with the UK day counting rules to maintain this status. It will be possible to be a dual resident for tax purposes when moving to such a country and you can easily remain liable for UK income tax.

The residency test is different for individuals who move to countries which have a double tax treaty with UK. These treaties usually contain a residence tie-breaker test to determine in which country you are to be considered resident for tax purposes. You will only be able to be considered as tax resident in one of the two countries, i.e. dual residency would not be possible. Generally it will be more straightforward to comply with this test if you realistically move your private life to another country.

It will be easier in these circumstances to establish a non-UK residency while maintaining employment with a UK company. You will only be liable for UK tax on any work carried out in the UK and will be exempt if this work is merely incidental to your employment. It may also be possible to fall within an exemption which is set out by the treaty.

What about relocating to France? France has the advantage of easy access to the UK and a lifestyle which is likely to be more attractive than some tax haven countries. There is also a double tax treaty in place with the UK which contains a residency tie breaker test under which an individual’s permanent home or centre of vital interests will determine their country of residency.

If you become resident in France you will, on the face of it, be liable to French income tax on your worldwide earnings. If you can be brought within an exemption from UK tax, the income tax bill in France for the above individual would be around the following with £350,000 equating to around €371,000:

This would equate to approximately £128,000, representing a significant saving. As you will see immediately below this represents the worst case tax position in France and the position is likely to be far better in practice. Even greater savings can be made on dividends from EU countries which are only subjected to the banded income tax rates on 60percent of their grossed up value.

It should also be noted that, in a common scenario where one spouse is earning a £350,000 salary and the other either does not work or earns a much lower salary, the tax saving in France will be much greater. This is because, in order to calculate income tax in France, the total household earnings will be divided into two parts (effectively one for each spouse) and each part taxed at the banded rates therefore benefiting twice from the lower tax rates. This is improved even further if the couple has children who are under 21 years old, or under 25 and studying, or disabled children of any age, as the total income will be divided into 2.5 parts if the married couple has one such child, three parts if they have two such children and a further part for each additional child.

For individuals whose job is to develop business around the world the position may be even better as they could fall within a total exemption from French income tax after becoming resident in France. If you can fall within this exemption by spending a required amount of time in different countries carrying out work to develop business, the French authorities do not even require that you complete an annual tax return. It is possible to obtain a case specific clearance from the French Revenue on this point.

Although living in France raises the problem of liability to wealth tax, this may not be too severe initially for UK nationals, due to the new UK-France Double Tax Treaty, which will restrict these individuals’ liability for their first five years of French residency to French assets only.

Having established a UK non-residency status by moving to France, the possibility of then moving to a country which is even more favourable from a tax perspective becomes a lot simpler. For example, if you spend at least a whole tax year as a UK non-resident, the UK authorities are unlikely to be concerned if you then move to Monaco where there are no direct taxes on individuals. After this move you will need to observe the UK day counting test mentioned above.

Clearly, it can be extremely advantageous to look into moving abroad but there can be pitfalls and individuals should be carefully advised before moving. A recent tax case has seen the UK revenue seek to re-claim £30 million worth of tax from an individual who has claimed non-residency for 30 years.

Although he has observed the day counting rules of the UK, the Revenue have now decided that he did not establish a non-residency status in the first place. This is exactly the type of problem which can arise when seeking to move straight to a tax haven country as the UK is far less likely to accept you are non-resident when moving to such a place.

Seeking advice on the consequences and possibilities of moving from the UK to France, Monaco and Switzerland is essential if you wish to consider the moving abroad option. The savings in moving to Monaco are of course much greater as no income tax is paid by Monegasque residents, provided the UK Revenue accepts their non residency status. The position in Switzerland depends on whether you need to work in Switzerland. If not you can seek an agreement to be taxed on a fixed forfeit basis. If you need to work in Switzerland the position is more complex and your taxation will vary from canton to canton.

For those individuals seeking to move away from the UK, it can be far simpler, therefore, to move to a country which has a more favourable regime than the UK but also has a double tax treaty with the UK, such as France.
There are, of course, other factors to contemplate other than tax and you should always take care to ensure that wherever you intend to move to fits in with your lifestyle as a whole. However, it may be possible to escape the escalating UK charges without having to sacrifice your quality of life.

David Anderson is a Solicitor and Chartered Tax Adviser. Graeme Perry is a Trainee solicitor. Both work for Sykes Anderson LLP.

Gone but not forgotten ARTICLE BY: Viola Lloyd | Published: 8 December 2010 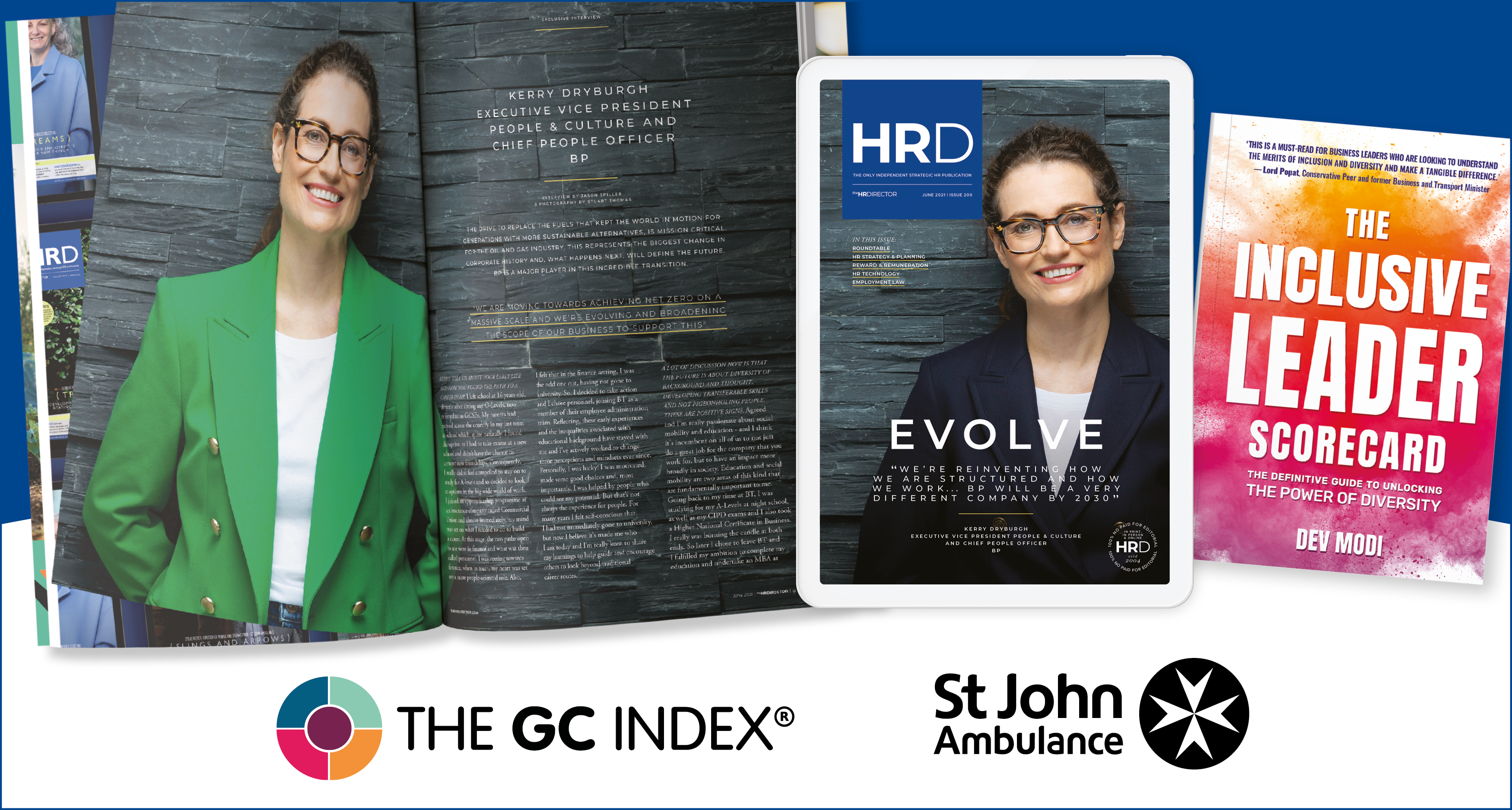